26th-28th June 2012
So, after sampling an ex-British colony in China, it was time to check out an ex-Portuguese colony: Macao.

For some unaccountable reason, we decided to travel from Hong Kong to Macao by ferry. The journey’s only an hour or so – what’s the worst that could happen? Well, it turns out my sea-legs are just fine. Karen’s however… the less said the better. It was, as we call it in the trade, a ‘triple-bagger’.

Macao is China’s Vegas, except that it takes way more money – five times as much. We were staying in the Hotel Lisboa, one of the older hotel/casinos in Macau.


We did try gambling one night, hoping to hit the roulette wheels and maybe even some blackjack. However, unless you like Baccarat or Sic Bo (a dice game popular in China) then you’re pretty much out of luck. Although I brushed up on the rules of Baccarat, I'm not entirely sure how to play it and certainly have no idea how to gamble on it – a recipe to lose money. The atmosphere in the casinos was very, um, factory-like is the best way I can think to describe it – like a big money milking machine. In my travel-worn clothes and flip-flops I didn't feel very Bond-like so we called it a night.

Luckily Macao has more to offer than just gambling. Being an ex-Portuguese colony it’s got loads of old buildings and is very pleasant to walk around.


The old part of Macao is small enough to do in an afternoon so as an extra we wandered around the harbour to the Macao Tower.

It was a bit pricey to go up, even though they were offering the chance to do the world’s highest bungee jump. Besides, I was too tired after stopping off at a park to catch-up on my exercise. 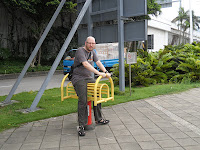 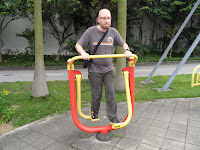 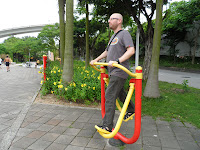 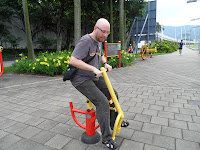 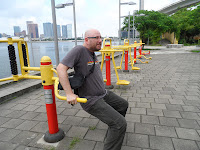 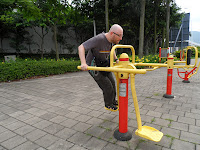 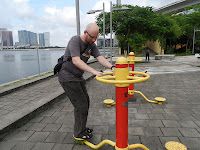 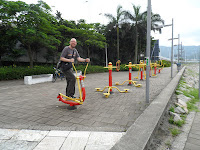 Current Location: Zhangjiajie
Next Stop: Guilin on 8th June
Posted by Unknown at 10:23