Day 2 in Xian and no rest for us. After an early night to re-charge the batteries, we set off for Mount Huashan, the No.1 precipitous mountain in China apparently.

First-off, a 45 minute train journey from Xi’an North to Huashan North. Huashan town is supposed to be a village according to our guide book. Mmmm, more like a large town if you ask me. Exiting Huashan station, we just missed the little green shuttle bus that would take us to the visitor centre, but not to worry, we managed to get a “taxi” for the same price (i.e. some chap with a car). 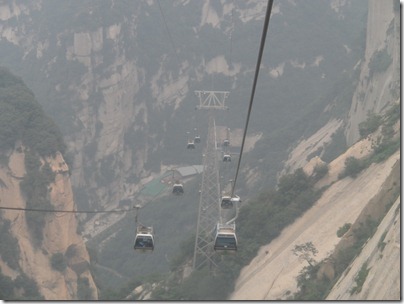 View from the cable car 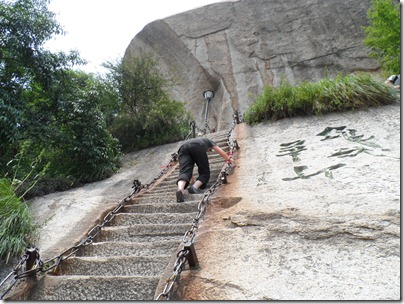 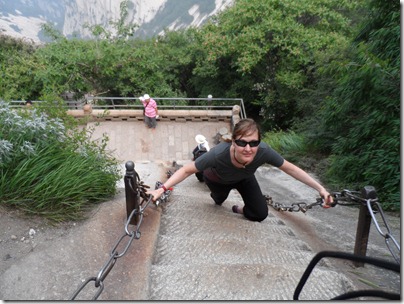 It’s steeper than it looks, trust me. According to reports from a few years ago, the whole mountain was like this, with 1000ft drops on both sides. Luckily, the authorities have seen fit to make it a lot safer.

There are five peaks to conquer on the mountain, North, South, East, West and Centre peak. The North peak is a short climb from the cable car. 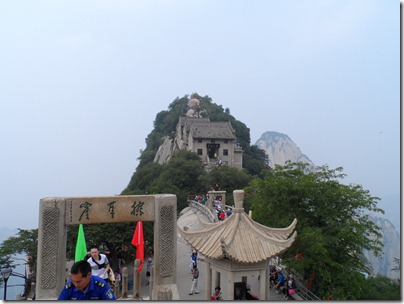 After persuading Karen that it “wasn’t too far,” we set off up the hill towards the Centre peak. About two hours later, we finally made it. The views were stunning. 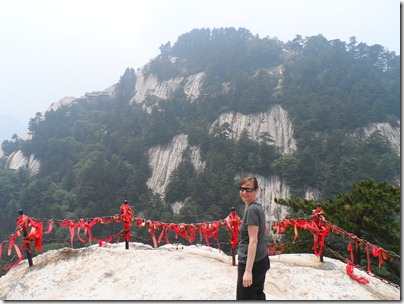 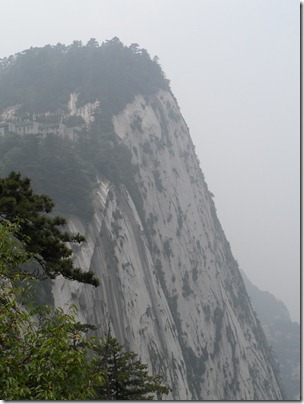 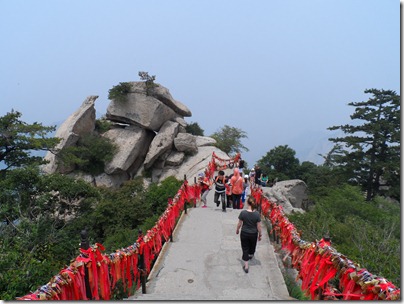 Sadly, we didn’t have the time nor the energy to climb the remaining three peaks, but nevertheless, feeling pretty pleased with our efforts, we set off down the hill, only to meet this lady coming up. 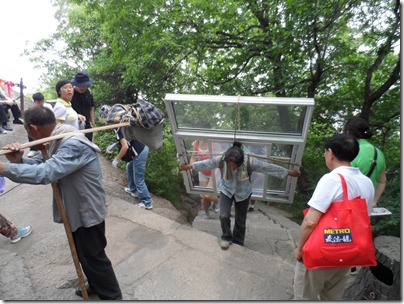 She properly made me feel like the soft, flabby westerner I really am. So much for Sherpa Hoskin…

Just time for one last amazing view from the cable car before heading back to Xi’an. 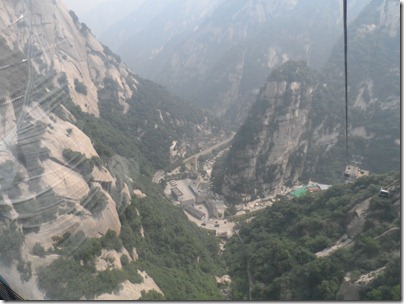 If you’re ever in the area, I heartily recommend visiting Huashan. It’s really not to be missed. There’s more pics on SkyDrive (link on the right).

Next stop, some clay fellas.