We arrived in Shanghai in the early morning after our soft sleeper from Xi’an. Luckily the train was quite and we had a 4 berth cabin all to ourselves so a good night’s sleep was had by all.

Day 1 was spent relaxing and getting our bearings. We were staying in the Astor House hotel, just north of the Bund. The hotel was the first ever hotel in Shanghai. So they claim anyway. They certainly have had their fair share of celebrity clientele. 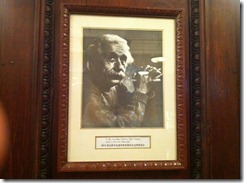 Charlie Chaplin stayed there in the 30’s too.

The next day was a bit overcast, so we decided to visit the Shanghai Aquarium. 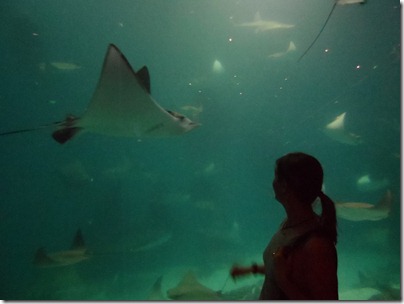 The best part was the illuminated jellyfish tank. They make great desktop wallpaper – feel free to grab one from the photos link on the right. 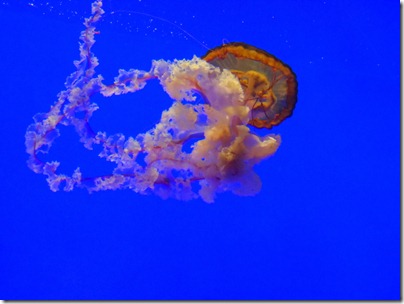 It was educational too. I can now identify jellyfish gonads at 20 paces, a skill that will eventually pay off, I’m sure.

The Aquarium is in the Pudong area of Shanghai – think Docklands on steroids. 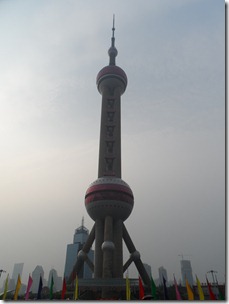 The Oriental Pearl: Shanghai and China’s tallest building until… 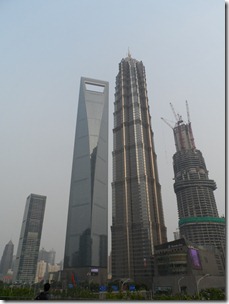 On the left, the Shanghai World Financial Centre, currently the highest until the one on the right is finished next year

That’s it for now. Here’s a view of the Shanghai Pudong skyline from the Bund. 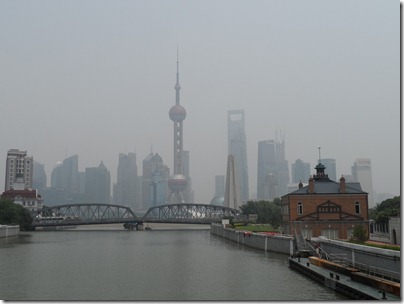 Next up, the French Concession and laptop shenanigans.